RAT employs client-server program that communicates to its victim’s machine through its trojan server. The server application is installed on the victim while the client application is on the managing side.

BlackHole is more a bare-bones, proof-of-concept beta program right now — but the software is pretty easy to use, and if a criminal could find a way to get a Mac user to install it, or write attack code that would silently install it on the Mac, it would give him remote control of the hacked machine.

Mac OS X has been gaining market share on Windows lately, and that’s starting to make it a more interesting platform for criminals.  While Mac malware is still very rare, he has seen another Trojan, called HellRTS, circulating on file-sharing sites for pirated Mac software. 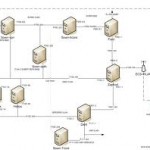 Ok that was just an example and probably didn’t scare you but if you remember the old IP addresses.. you know 192.168.16.100 and the like, well that monstrosity above will be replacing your old IP, eventually.

So what does that mean to you?  Well the last free blocks of top level IPv4 were assigned in February 2011.  Many are still unused all over the world but we are now officially out of ‘new’ blocks to give away.  NAT (network address translation) gave us years of breathing room using ‘internal’ IP addresses (from your server, firewall or router) but with phones, computers and even refrigerators wanting an IP we are running/ran out.

The upgrades have been underway for years in the infrastructure but most ISPs have been dragging their heels.  For most businesses it means a few updates on your software, a new router or server and maybe some bad days trying to figure out why a webpage won’t load.  That is once the ISPs are finally forced to move over to IPv6 (or at least make it a working option).  If you want to read more try these:

Don’t worry the internet won’t crash, end or put up toll booths (we hope).  IPv6 will help control spammers and hackers better and take the load off the hardware in many cases.  Your business might even be able to get its own “official” subnet to identify your gear/phones/computers from everyone elses.

It won’t be easy or painless but when the time comes the change will probably be worth all the effort, just thought you should know. 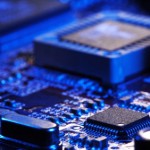 As you may remember the system requirement from XP to Vista meant you had to buy a new machine and be prepared for it to actually perform worse than your older XP computer.  Luckily Windows 7 gained some performance back but with the 64bit version you can upgrade easily and efficiently for less than $400 (not including software).

Windows 7 likes more memory and 4GB will fit in most older machines also with the 64bit version the old memory limit disappears.  Thanks to dropping prices, $100 will buy you 4GB of memory and if your motherboard can handle it 8GB is less than $200. For example: NCIX 4GB DDR2 Memory

The next big performance jump is an SSD (Solid State Drive).  For about $250 you have a very fast 120GB drive (use as the OS Drive) and can use your old drive as the data drive (makes migration really easy).  SSD read much faster than the older mechanical drives but write speeds are about the same, this makes booting and loading programs very quick.  Here’s a few examples of SSD: NCIX Solid State Drives

Lastly you need the new operating system, Windows 7 Professional 64bit.  If you are buying a drive I suggest you get the OEM version and save a good deal of money ($160 vs. $325 but you need a storage device purchase to qualify).  The ‘Home’ version lacks the domain abilities, no point in getting 32bit and Ultimate is over priced.  Some examples: NCIX Microsoft Operating Systems

The actual upgrade process is about 2 hours and you’ll have a dual-booting system (BIOS selectable) and be mildly stunned how much faster it is.  Consider getting MS Office 2010 Home & Business if you’re still using a 2003 version of Office, it’s worth the upgrade and you get 2 license for about $300. 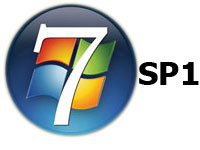 Android or iPhone/iPad/iTouch/iPod, either way the fight is on between Apple and Google.  The latest front in the ‘Cloud’ wars is the application and subscription market.    Apple put in their opening position only to get taken off at the knees by Google (see below):

Justice Department and Federal Trade Commission are interested in whether Apple may be violating antitrust laws by routing customers through Apple’s App Store and taking a 30 percent cut of each subscription, sources told the newspaper. Regulators’ interest in the subscription terms is reportedly preliminary and might not lead to a formal investigation.

Then, the day after Apple officially shared details of its subscription plan, Google announced the launch of One Pass, its online charging service for newspapers and magazines. Google’s rival service offers two big differences from Apple’s: content providers will get to keep 90 percent of revenue from One Pass sales, and publishers will retain control of consumer data

So the phone market is a little intense but we have yet to see where Microsoft will appear in all this with the new Mobile 7 phones.  I have a Mobile 7 and at this time and 2 weeks later I’m still stunned to see you cannot transfer files to/from your computer to the phone via the USB cable.  One would have thought the Sync Center of Windows 7 would have been the perfect vehicle for this, but Microsoft now uses Zune (just a really, really bad iTune clone) instead.

The 1st update/servicepack for Mobile 7 is due in March.. let’s hope it includes a file transfer system.  I’ll do a detailed Mobile 7 review once the service pack is out, until the I’ll just bite my tongue.

All those updates from the last 2 months get a slightly greater ‘public’ light today with some new information being released.

The Chinese government hackers who unsuccessfully attempted to break into the Canadian finance department’s computers were not after military secrets but economic secrets, says a prominent security expert.

CTV News learned Wednesday that Chinese government hackers had attempted to break into federal government network systems. Sources told CTV that Canadian Security Intelligence Service has advised government officials not to name China as the country where the attacks were launched.

Read the full article at CTV News though the video clip has the information you really want to hear.

Keep your machines as current as possible and your anti-virus upto date, beyond that call if something ‘odd’ is happening.

When you take a picture from your cellphone you can tell people a lot more than the date stamp.

GPS information can be recorded as part of the Exif, or exchangeable image file format, that is has been the de facto digital photo standard since 1998. Among the other information it saves is what allows you to see a thumbnail of a photo you’ve taken or a photo’s date and time.  It can be found with a simple right click on the properties section of the picture, and it’s easily accessible in a number of places on the Internet, but not all, where people share their photos.

To avoid having your friends reveal your location on Facebook.

After the same website for nearly 5 years a facelift was in order.  Using WordPress this should make updates a little easier and possible get information to our customers in a more timely fashion, not to mention links to the latest and greatest.